Since the disaster that was the national 24h champs life has been pretty quiet (cycling wise at least!). Time has been spent earning some money, recovering and living in a building site! It took only a week to physically get over the nationals. I missed the last 6h which is the part of the race which really causes the damage, so basically I got in a really hard 18h training session. I ate crap and drank beer for a week after before deciding that I prefer bike riding and that I could still use the form I gained for the nationals for other objectives if I kept on training… so that’s what I did.

The first of those other objective involves lots of driving. In fact the driving part has already been done as currently I am sat in a beautiful chalet nestled above Schladmig in Austria. Austria is the final destination on a week and a half road trip along with Torq team mate Ben Thomas. We left England on Saturday and made our way through France and into Germany to watch the XC Word Cup in Offenberg. It was great to see the best in the world racing head to head and it almost made me want to race more Xc races! 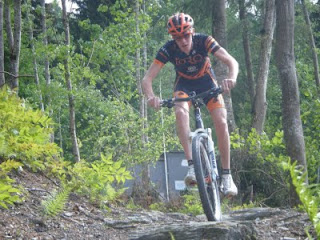 On Monday we went for a quick lap of the Offenberg world cup course before following some of the route of the World Class marathon which starts in Offenberg. The weather was certainly world class. 30 degrees and not a cloud in the sky. Even the scenery was world class, lovely rolling hills covered in forests and vineyards. The course, however, was not so world class, more world class fire road. We rode about 20miles of the course and didn’t find a single inch of single track. It was a bit of a disappointment to be honest, but the weather and scenery certainly made up for it. 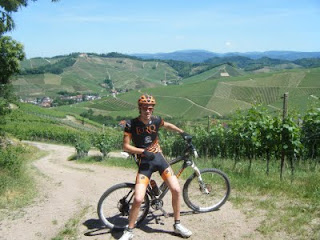 Tuesday we made the long drive down through Germany to Austria. We’re in Austria for the 4 day Alpen Tour which starts on Thursday. The riding here is certainly better than Germany. Today was an exploratory ride to stretch the legs after 6h in the car. In order to get into the town centre we have to ride down a 5minute single track switchback descent… I’ve certainly had much worse journeys to the shops! We then rode up the mountain following the time trial course for stage 3 (its gonna hurt!) and ended up riding down the World Cup downhill course. Not a bad way to round the day out… 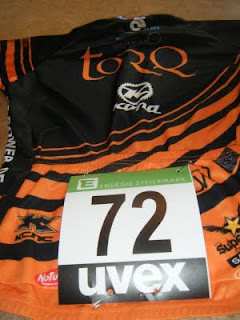 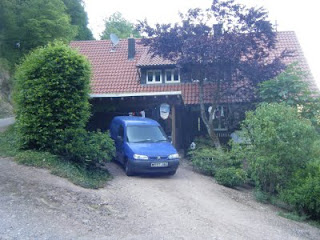