And now for something completely different!

I've been a bit quiet on the blogging front the past few months. There are a few reasons for this but the main standout reason is that I've not been enjoying racing enough to boast about it! I was super motivated going into the Andalucia Bike race in march and had a great time racing in the mountains and found some good form. The main goal after that was the 24h solo national champs, an event I have unfinished business with. However closer to the event I realised that I really didn't want to ride around in circles for 24 hours. I dropped down to the 12h distance but really wasn't having fun during the race and an untimley rain storm was enough for me to pack it in. 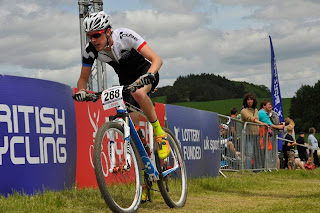 I had a great time riding the Dragon ride sportive in June with my new work colleague and put in a few cameo appearances at various races. The Hopton Woods british national series pretty much summed it up though, gridded last, held up, twisted chain, came last!

I did manage to find some form and train hard for my home town race, the Brighton Big Dog and finished 6th which was reasonable given the strength of the field. I still didn't have the hunger to race though and didn't put up much fight when I was over taken.

I think I may have lost the hunger and passion for racing. I no longer want to smash myself to beat other people. My motivations and goals have changed, maybe I'm growing up!

The things I've enjoyed over the past few years are the stupid unconventional rides and adventures such as the South Downs double and the Laverado Ultra Trail, things that few others do, the challenge being to finish rather than win.

So bearing that in mind I've decided to do something completeley different... 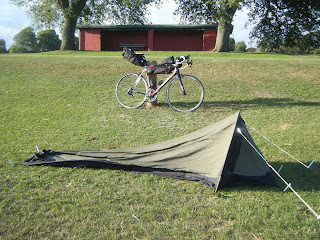 I now have a full set of Revelate frame bags, a light weight bivi and sleeping mat and a one way ticket to Slovenia. Watch this space for some stories of adventure...
Posted by About Josh at 19:58