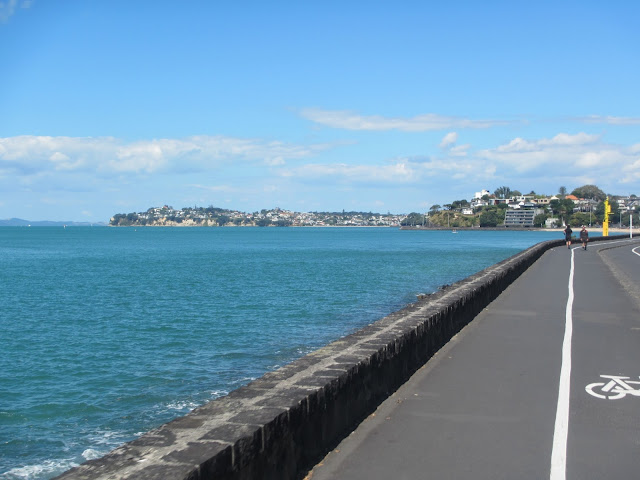 After a weeks 'rest' in Sydney I was exhausted. I landed in Aukland and hit the road after a morning looking around the city. City life, isn't really for me so I was keen to escape and see what NZ had to offer. 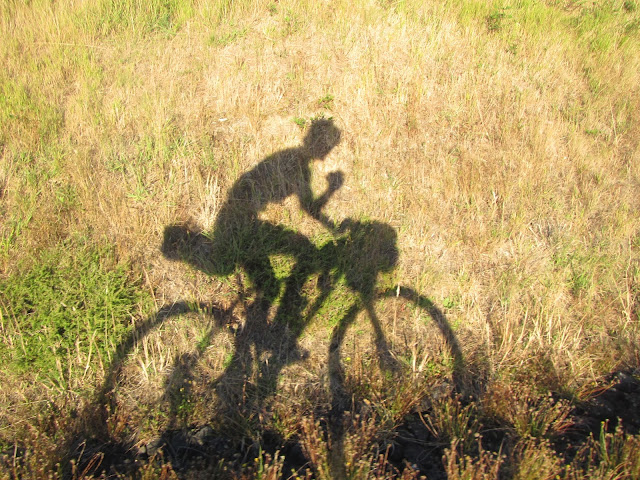 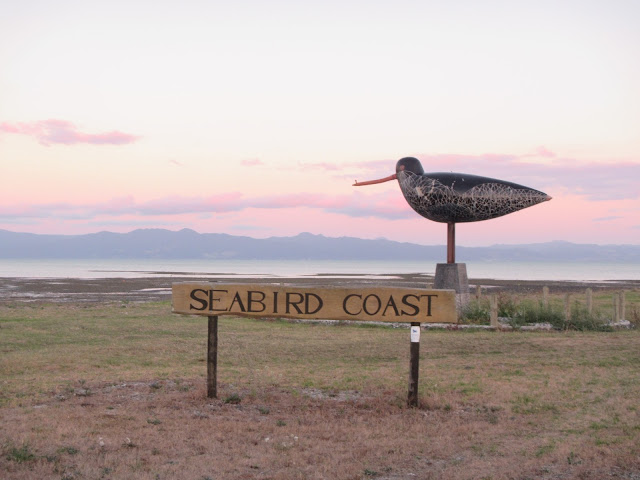 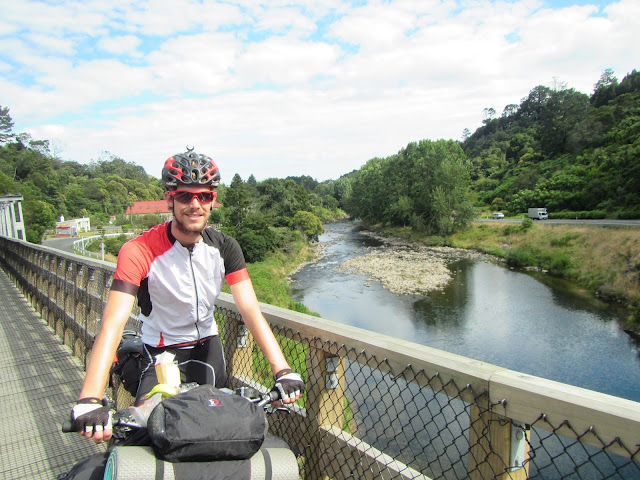 En route to Tauranga in the Bay of Plenty 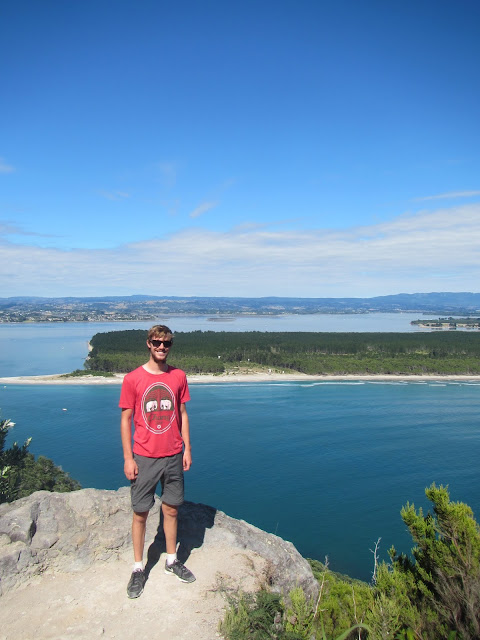 The Mount, Tauranga, Bay of Plenty 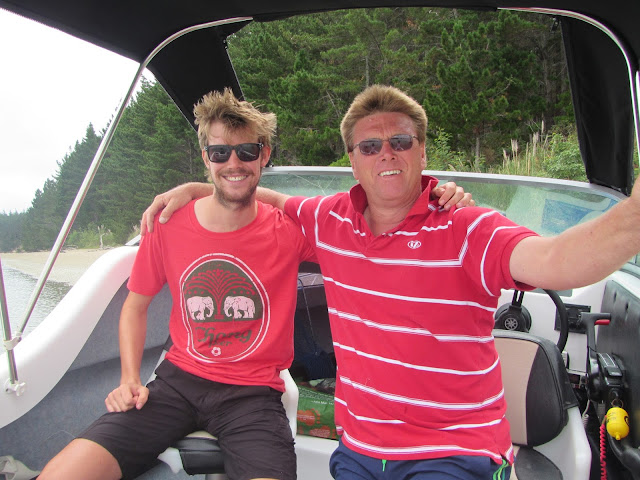 Our family friends emigrated to NZ ten years ago. I was great to catch up and go for a spin in their speed boat! 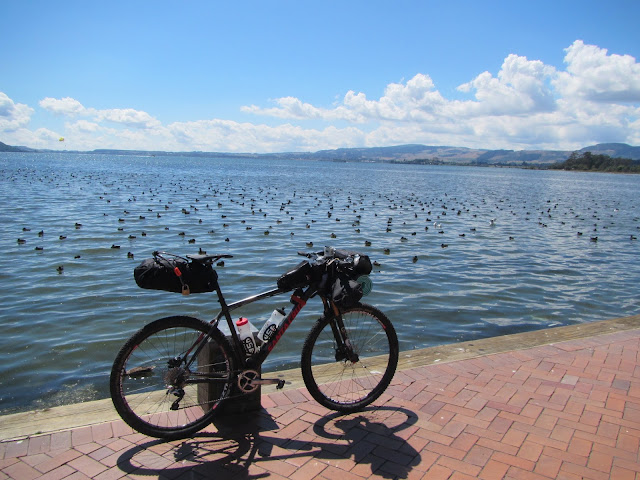 Next stop was Rotorua. The second half of my trip wasn't just about touring. I wanted to explore the world class mountainbike trail New Zealand has to offer and Rotorua was at the top of the list. 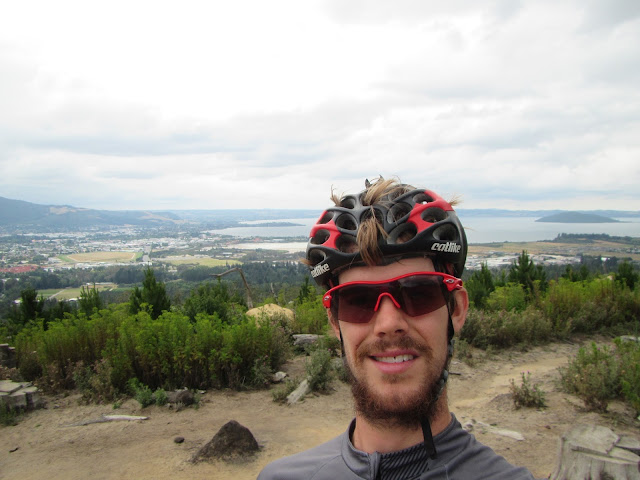 At the top of the trails in Rotorua, by this time the beard was sprouting and getting quite scruffy. I was proud though, it marked a landmark achievement for my baby face! 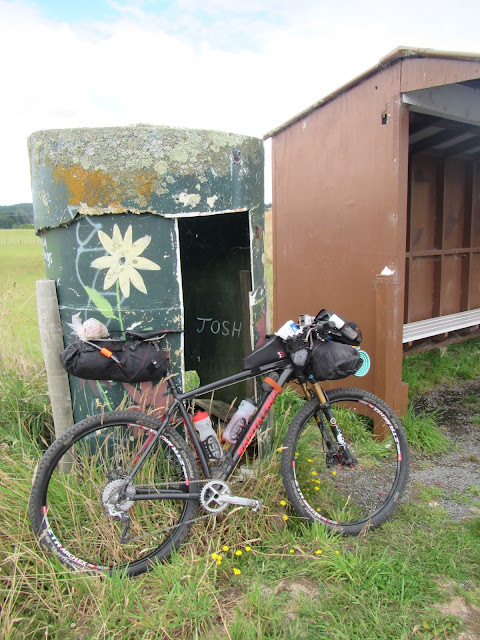 Heading South to Lake Taupo I spotted this graffiti, its like they knew I was coming! 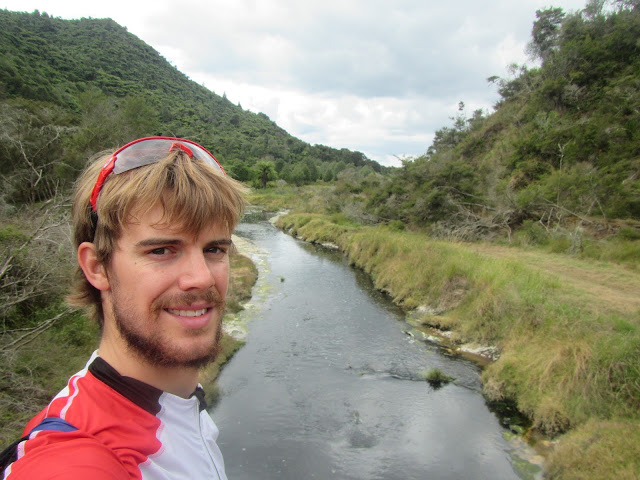 The north island has plenty of geothermal activity. This stream is boiling hot! 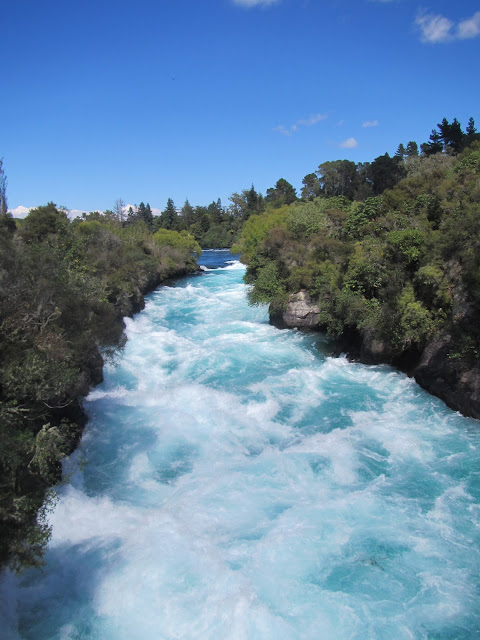 I arrived in Taupo pretty exhausted so did some touristy stuff including taking this photo of Hauka falls. 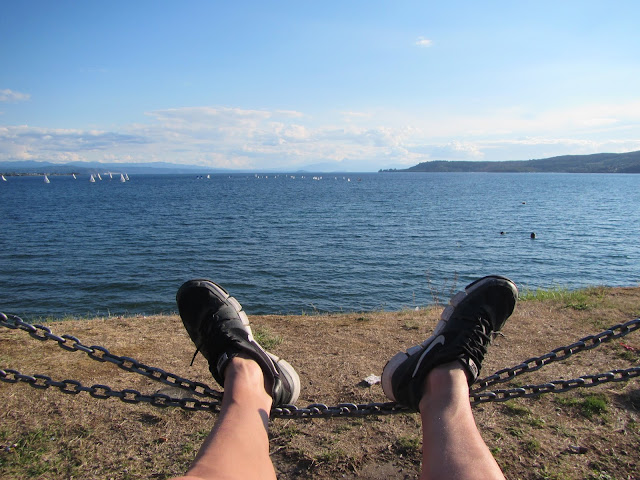 Some times you just have to sit back and admire the view. 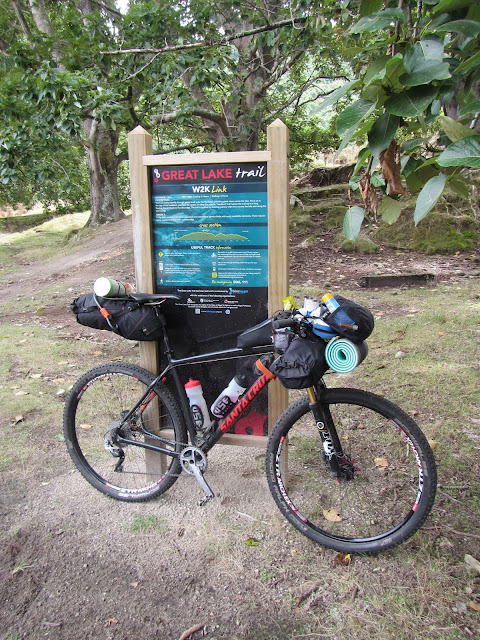 Back on the road or in this case off road! I cycled the Great Lake trail around Lake Taupo and then onto the Timber trail. 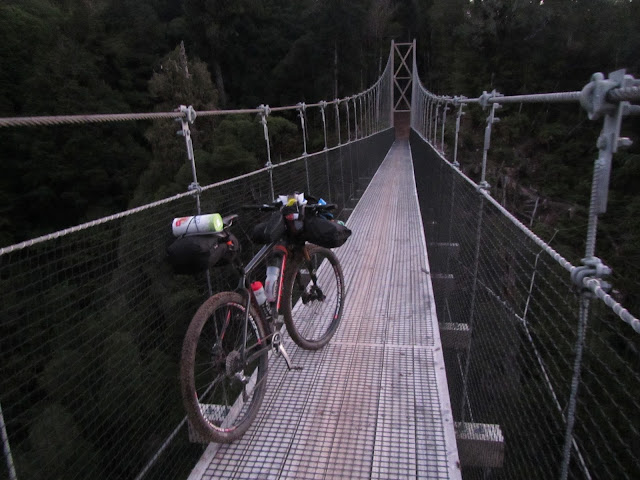 The Timber Trail is a fantastic ride through remote ancient woodland. There are numerous suspension bridges across steep valleys that often sway as you ride across. 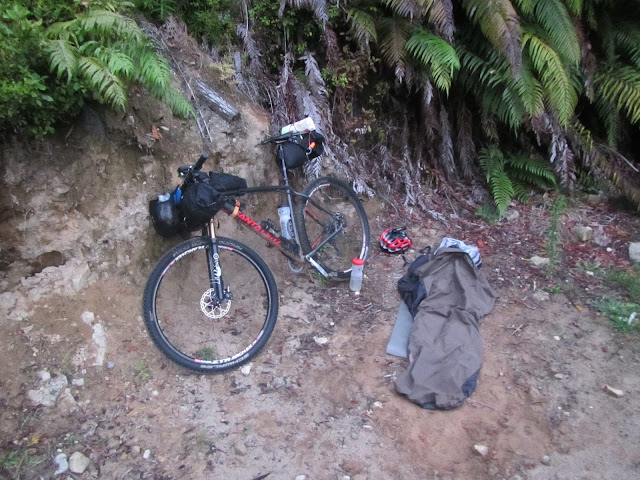 A trail side bivvi on the Timber Trail. I learnt a valuable lesson, Possums like stealing food! A cheeky Possum ate my race cake as I slept, I was thankful they don't have bears in NZ 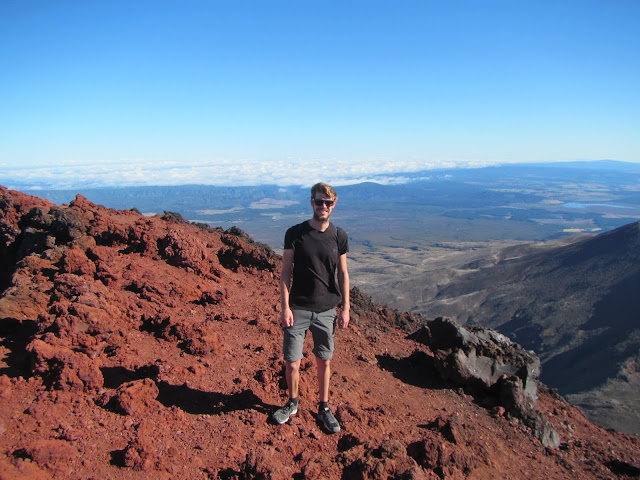 After a long 3 days riding I decided to have a rest day... instead of resing I ended up hiking up Mount Ngauruhoe... 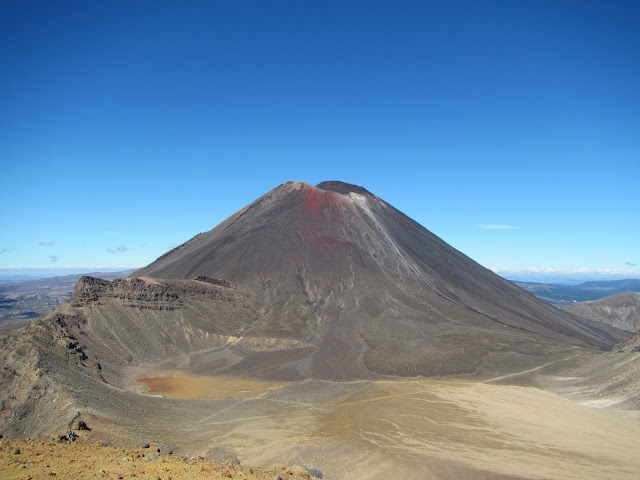 ... otherwise known as Mount Doom in the Lord of the Rings films. 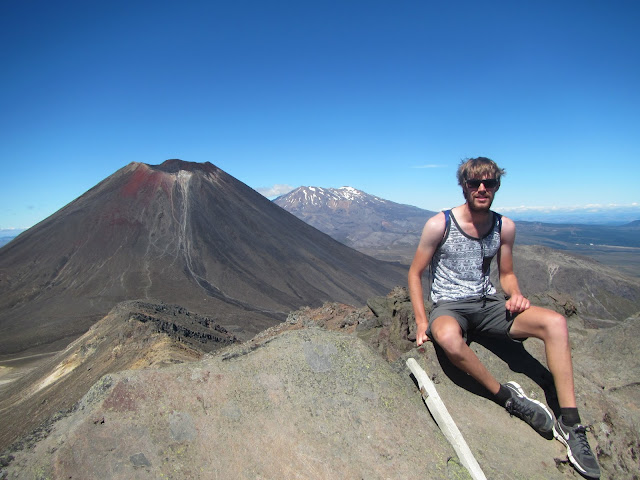 Suns out guns out! 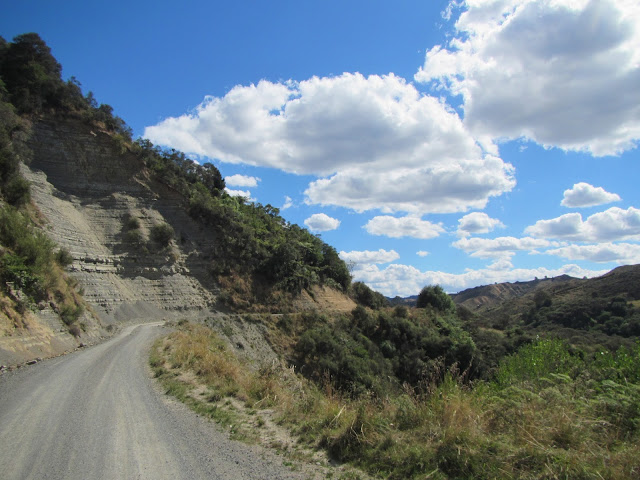 Onwards and South Wards. The next stage was the Mountains to Sea trail through the Whanganui National Park. 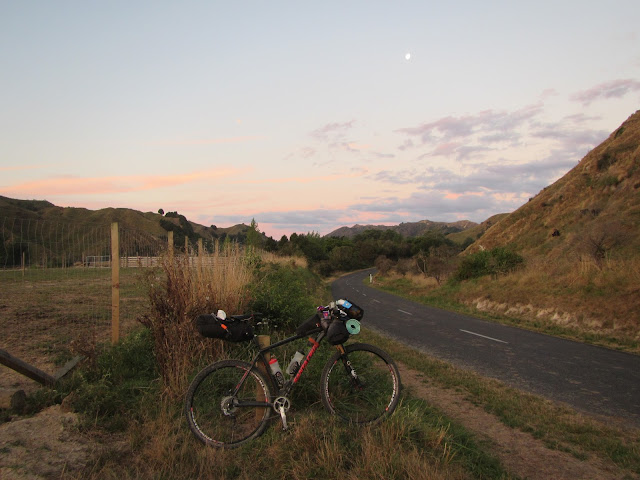 I couldn't complain about the sunsets in new Zealand 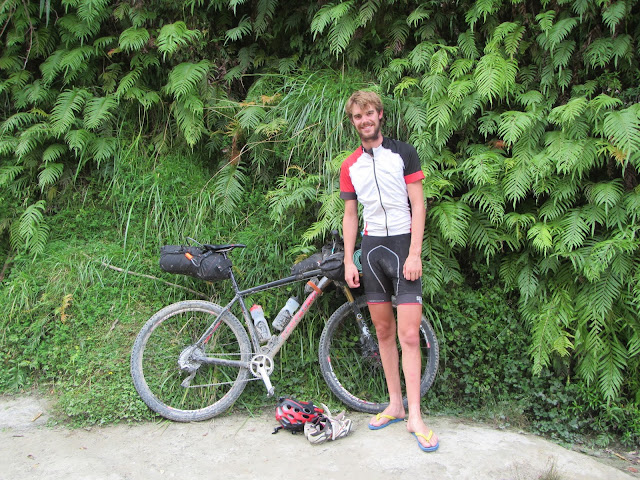 The Mountains to Sea trail ends abruptly at the Whanganui River in the middle of nowhere... 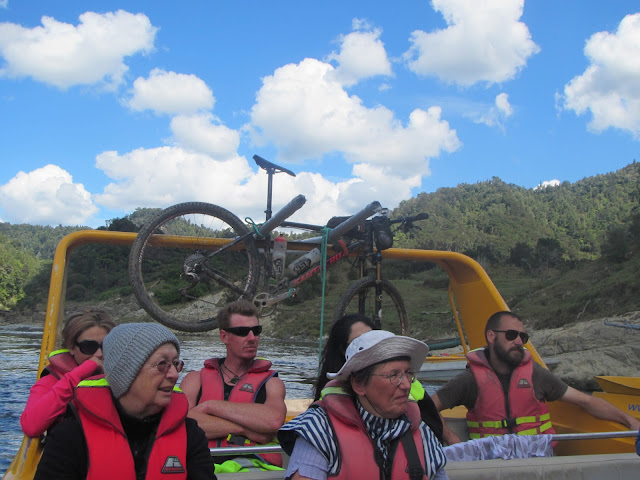 ... the only way out is by Jet boat, great fun! As you can see the other passengers were loving it. 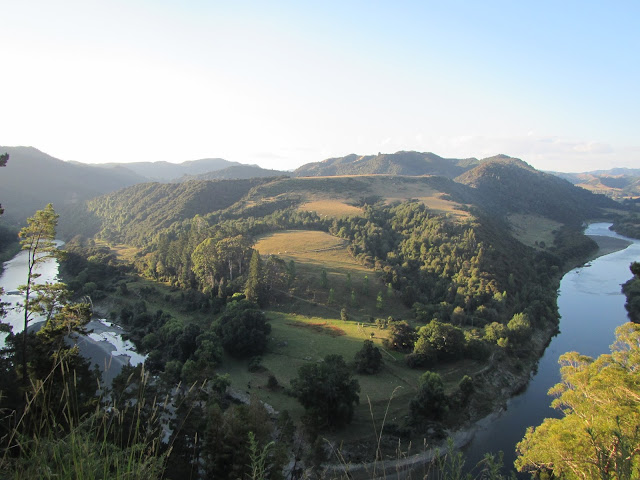 The Whanganui river... not bad! 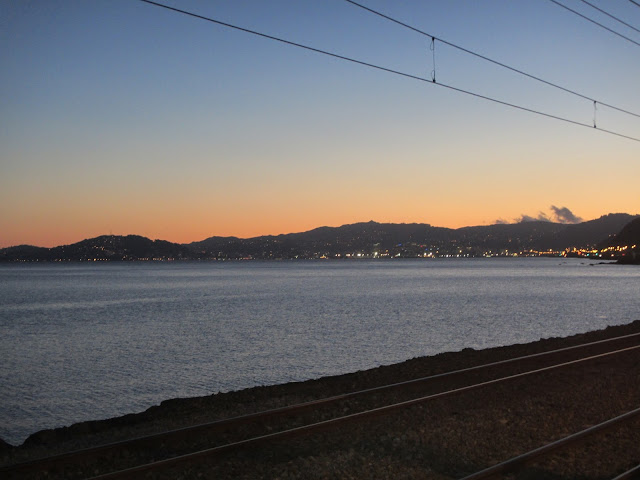 A highlight of the trip was riding into Wellington Harbour at sunset... I'm a sucker for a good sunset! 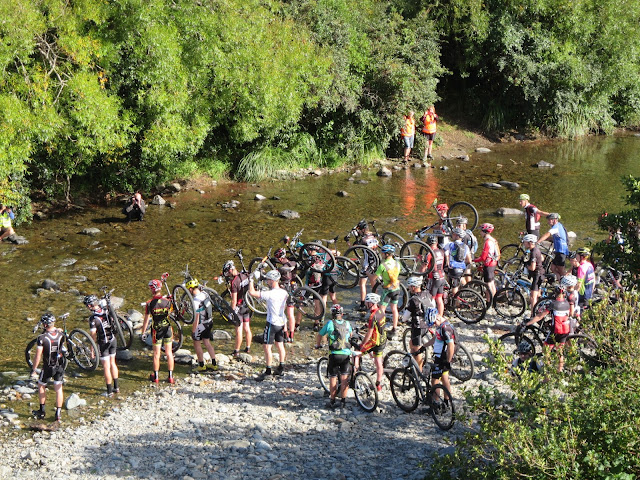 I happened to arrive in Wellington at the same time as the Kaproti Classic, New Zealands longest running Mtb event. 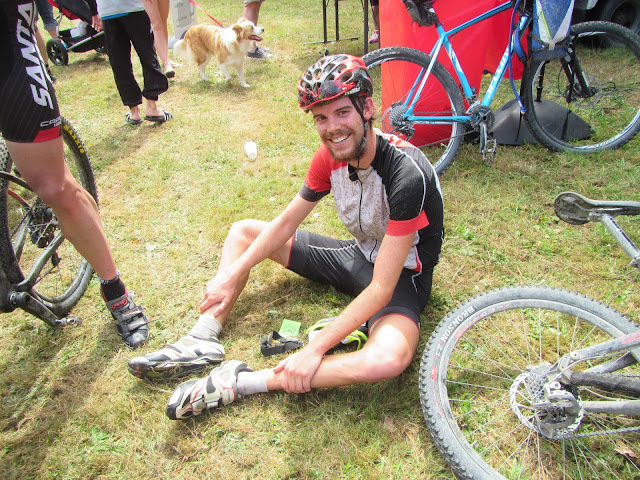 I finished in 11th position in the race. I was pretty happy after a 40hour week on the bike and a 20mile hike on my rest day. Now i needed a proper rest before hitting the South Island.
Posted by About Josh at 19:23

Cycle-Smart coaching NZ is ready to meet the unique needs of the clients. At each, cycling fitness coaching our clients receives a personalized training that is custom made to achieve the personal goals. In addition to that we provide smart coaching training plan that share the expertise with the each individual or group.