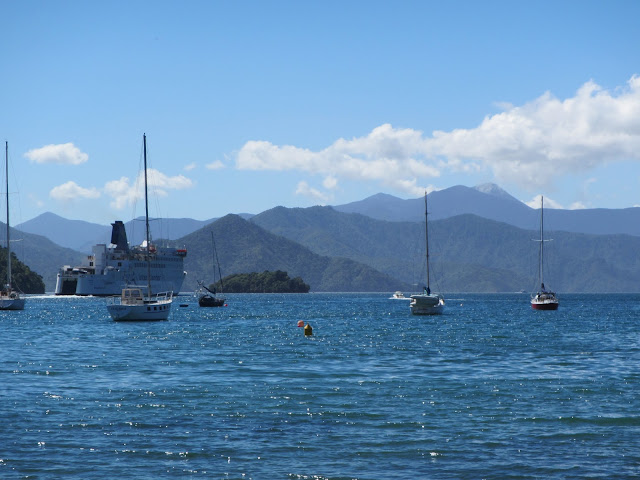 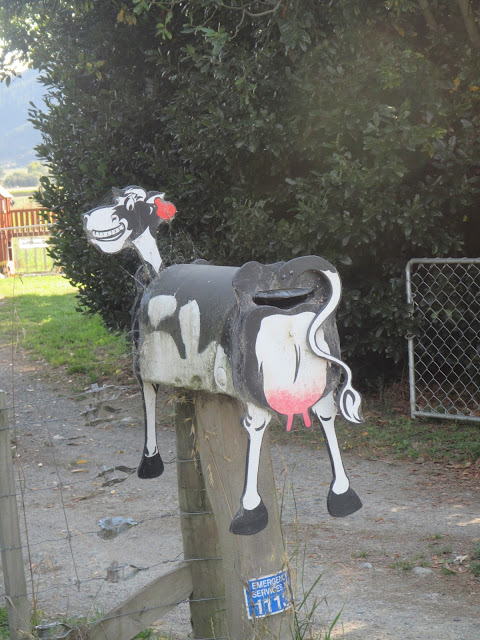 Some times you just have to turn around and ride back to take a photo. 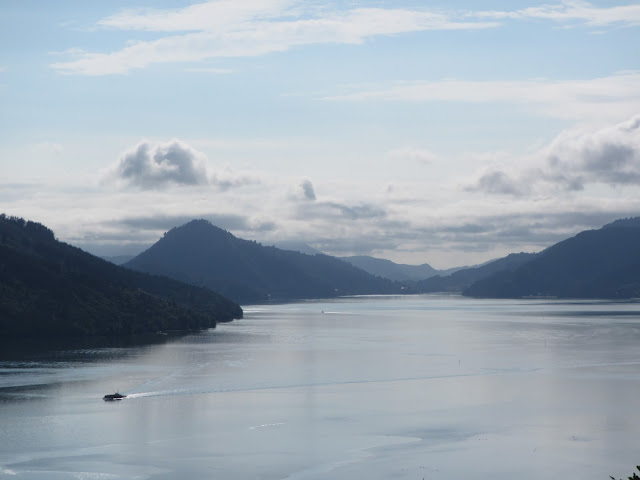 The South island has some pretty fantastic scenery, this is Perelous Sounds 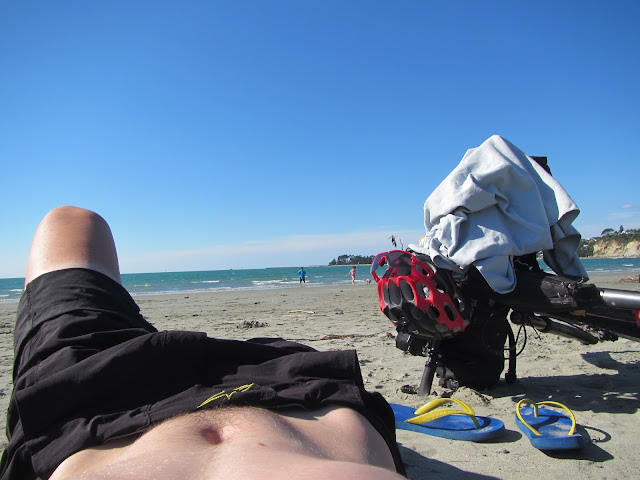 Finishing a days riding at the beach in Nelson. Its a hard life this bike packing malarkey. 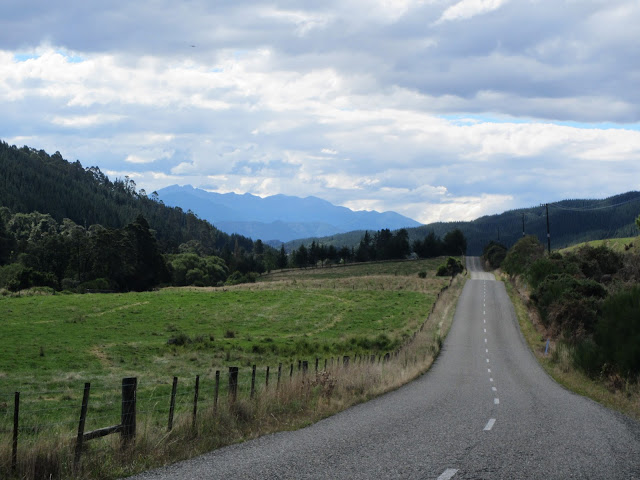 The road goes on, Southwards and into the mountains. 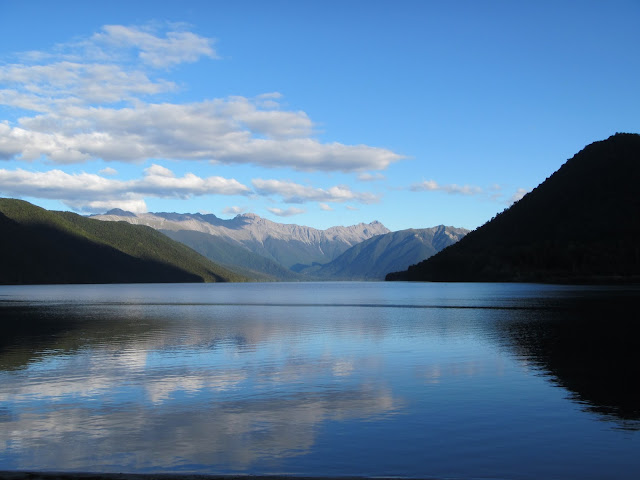 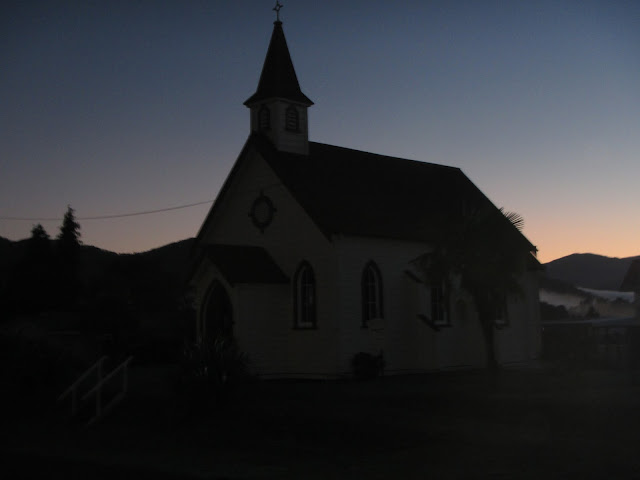 Murchison Church, possibly the most unusual bivvi spot of my trip. It was late and the door was open as I passed so I decided it would be good to sleep under cover. I'm not religious but some times you do have to wonder... that night was minus 2 degrees, if i had bivvied out i would have frozen. Maybe the door was open for a reason? 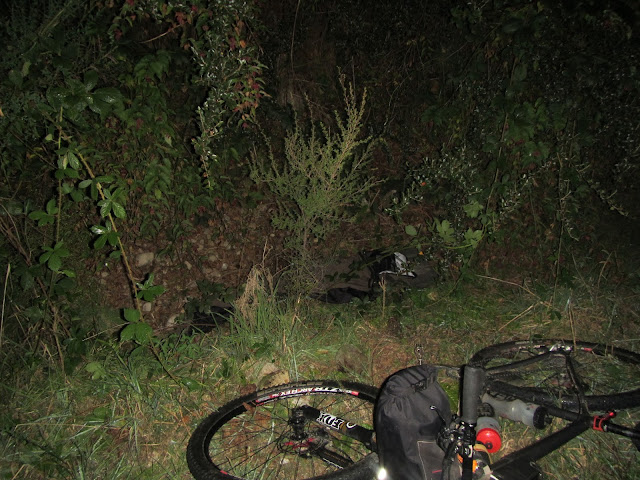 Some bivvi spots aren't quite so glamorous. This was the classic ditch under a bramble bush in the rain option. 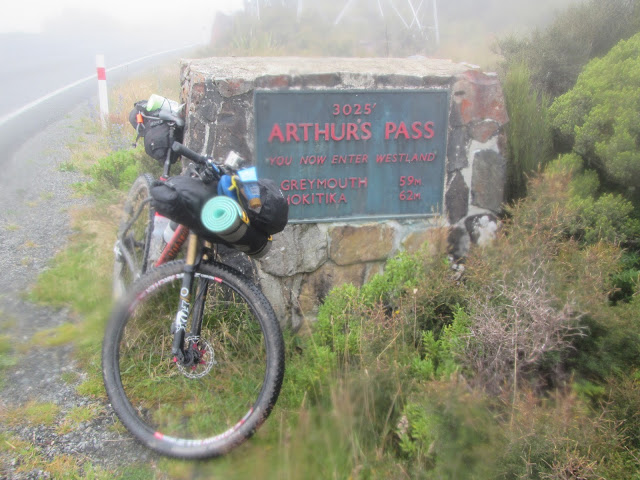 Arthurs Pass, the main pass across the Southern Alps. Fantastic views guaranteed... apart from when you cross it in a rain storm. 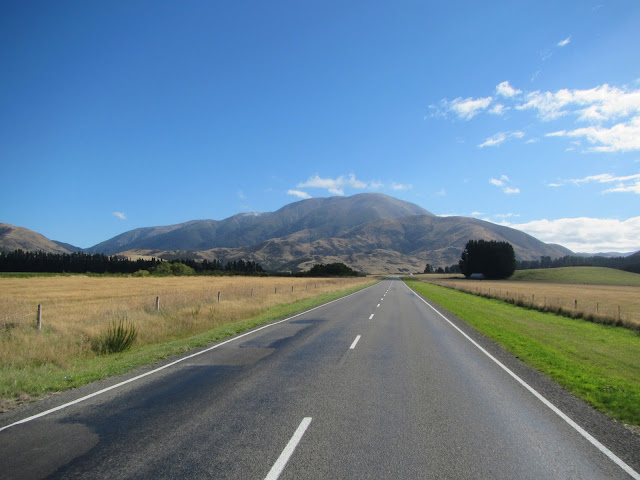 Unlike the Western Side of the Alps the Southern side was bathed in glorious sunshine, perfect for a spot of sun burn. The landscape in New Zealand in incredible. 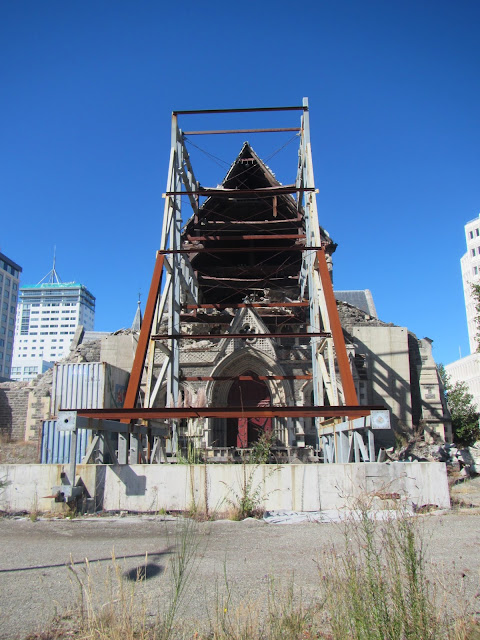 Next stop was Christchurch to visit more friends from home. Christchurch was devastated by an earth quake. It was my first time in an earthquake zone and the damage was sobering. 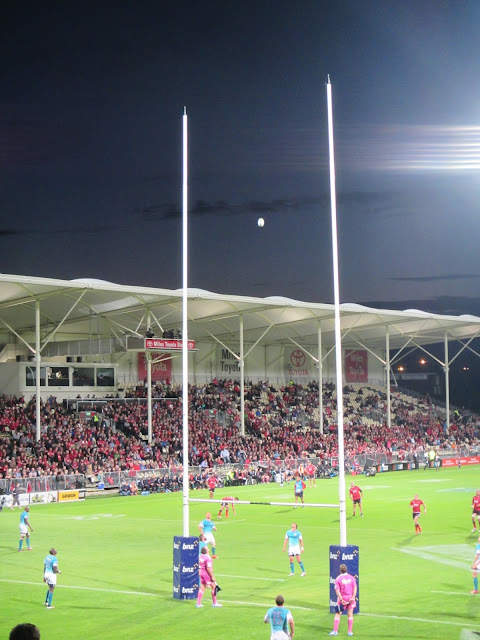 Crusaders! Being a tourist watching the rugby, Crusaders won. 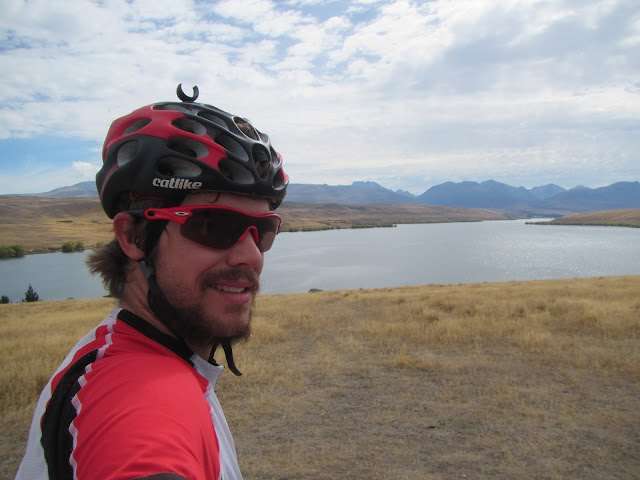 Back in to the epic scenery. 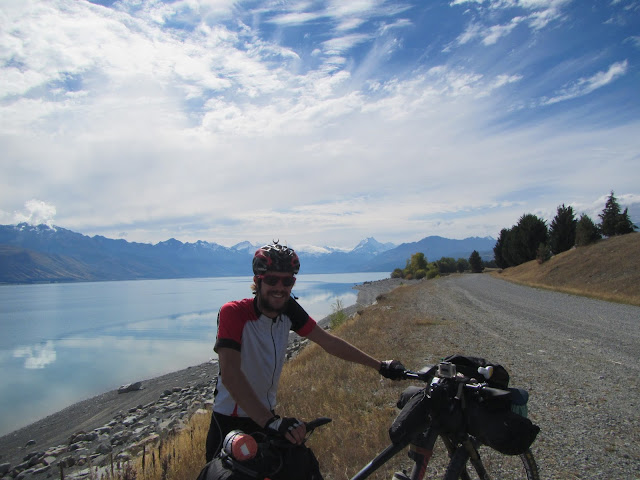 That's Mount Cook in the background, the highest peak in New Zealand. 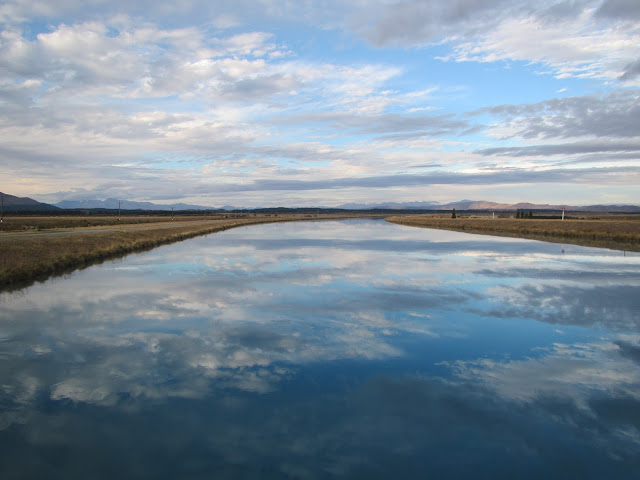 This its my favorite picture from my trip, its only an irrigation canal, but the sky is epic! 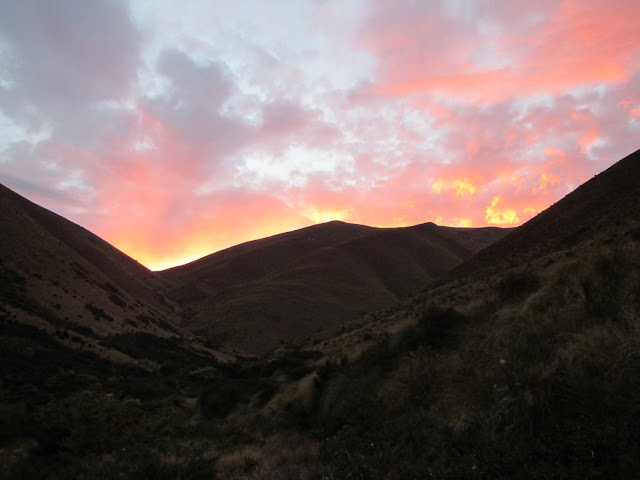 The sky was on fire as I rode up Flanigans pass. It was a little sketchy and more of a hike a bike than a ride. Not easy with a fully loaded bike. 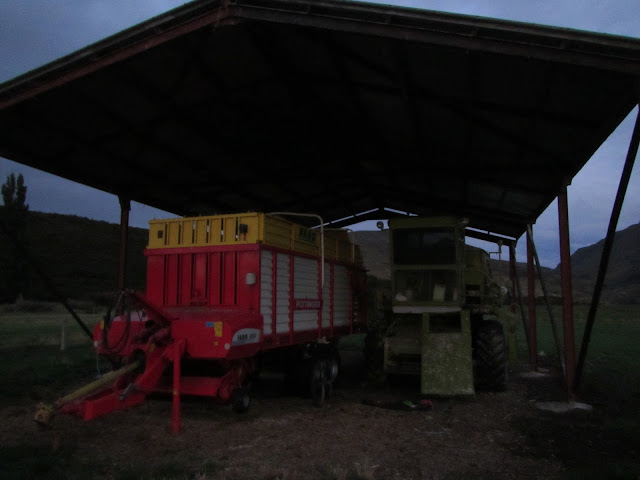 Another classic bivvi spot, the combine harvester bivvi. I was lucky to find this just in time to shelter from a massive electric storm 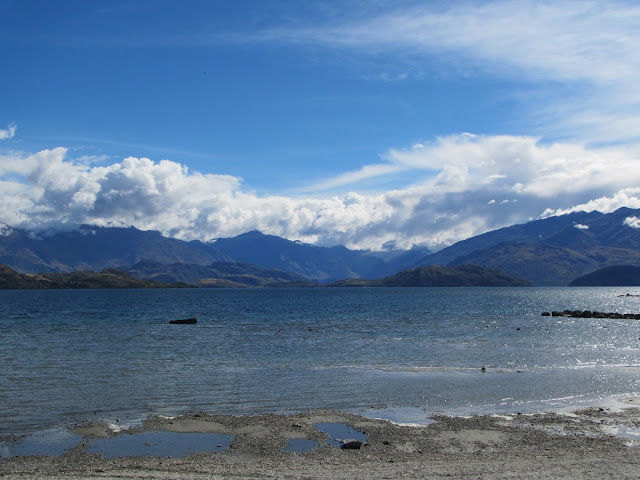 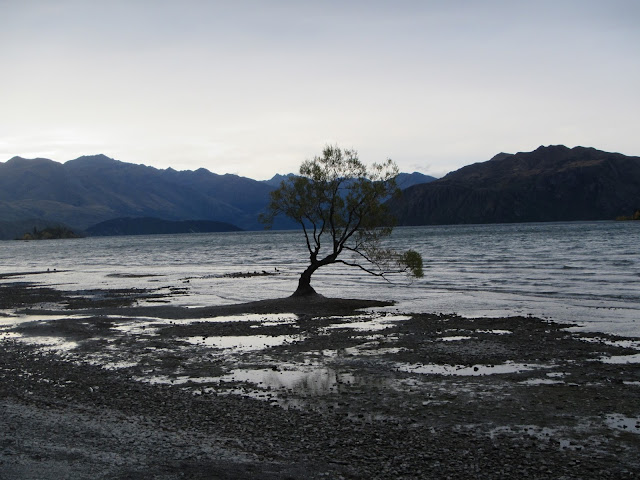 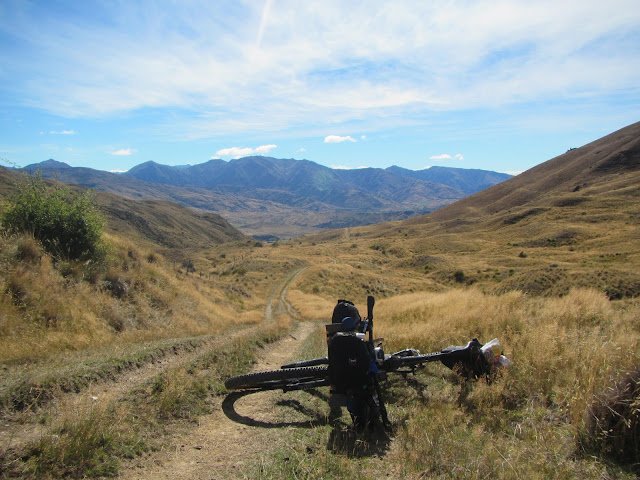 Riding up the Crown range, by this point i was massively regretting my 1 x 10 drive chain choice. At least taking a photo gave me an excuse to have a rest. 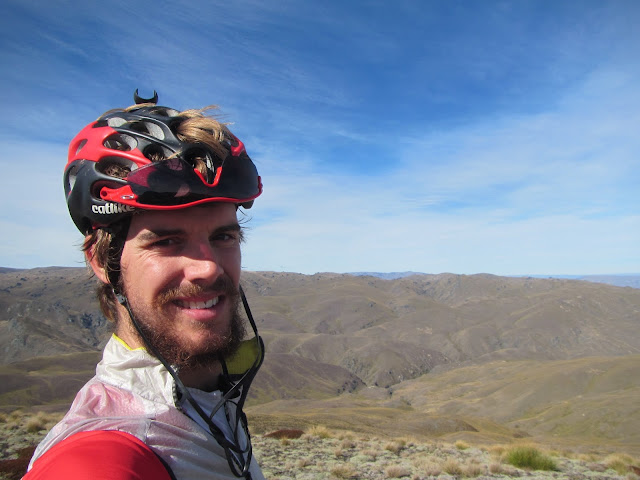 For the record i don't agree with selfies... but some times exceptions have to be made. 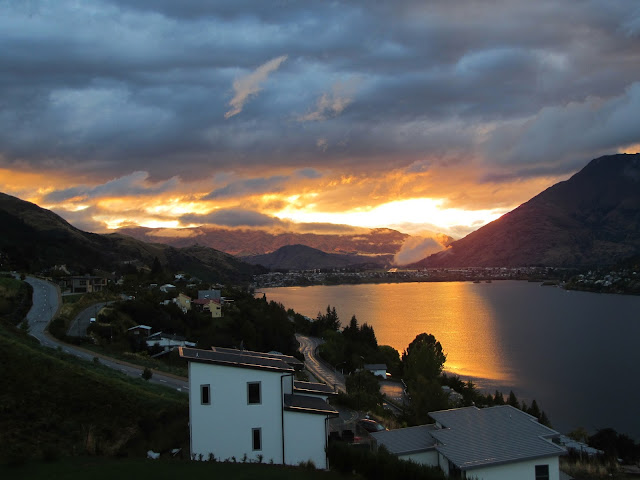 After 3 months on the road my trip had to come to an end, Queenstown was home for the last week. 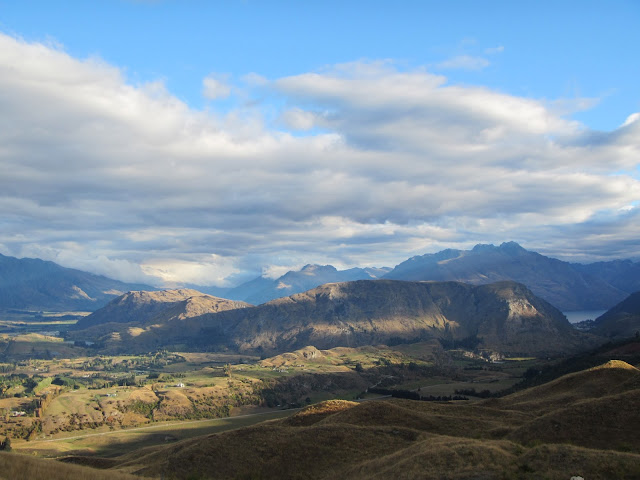 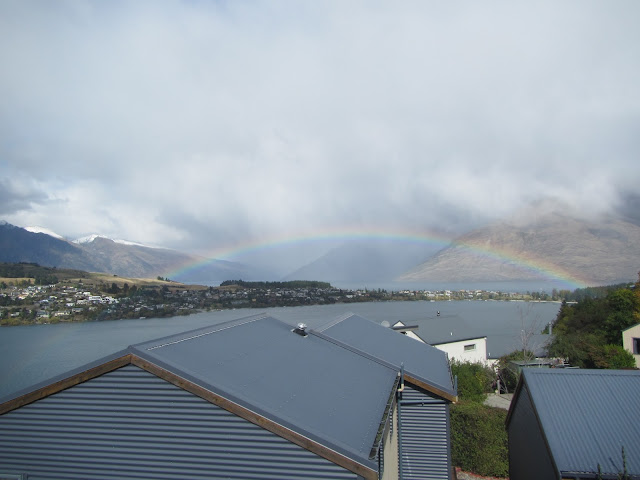 The weather turned on the last few days of my trip as the first Snows of the winter fell. It was time to go home back to the norther hemisphere and back to spring. New Zealand is an incredible country and there is still plenty more to see, my flights back are already booked! Bring on the winter.
Posted by About Josh at 15:18